For those of you looking for a funky jam, Toro y Moi (Chaz Bear)’s got your back.

On Tuesday, the chillwave pioneer announced the release of his sixth album under his Toro y Moi moniker, Outer Peace, which is out January 18 on Carpark Records. In a press release, Bear states that the record is “a response to how disposable culture has become, and how it reflects creativity”. 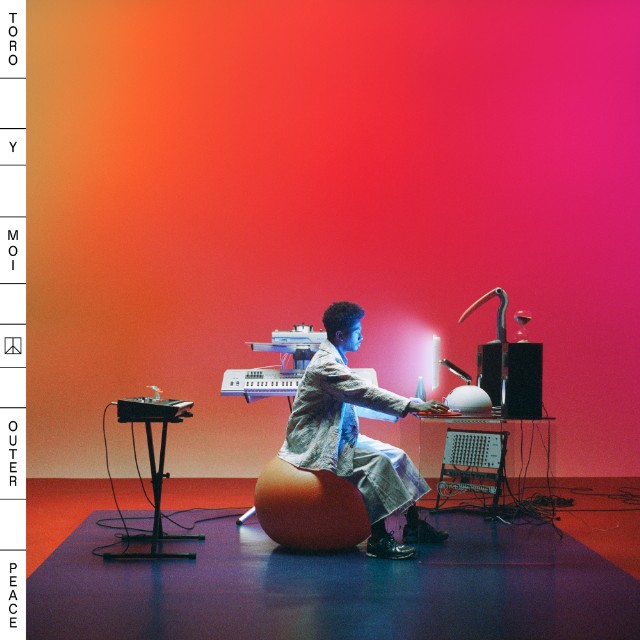 Along with it, he dropped the video for his lead single, “Freelance”–a fresh, head-bobbing jam that’ll get you up and moving in no time. The minimalist video features Bear working at a computer station on a yoga ball (an image that doubles as the cover of his upcoming album) in front of a bright pink color gradient, creating a high fashion aesthetic for the song. But though “Freelance” sounds like it could soundtrack a runway model walk, the lyrics suggests anything but. Featuring some insanely quotable lines like “No more shoes and socks I only rock sandals / I can’t tell if I’m hip or getting old” and “Decked in Patagonia, your head to toe”, “Freelance” is equal parts fun and funky.

Towards the end, Bear even busts out some sick back-and-forth dance moves, grooving to the beat himself. Lucky for him, he’s still pretty “hip” after all these years, no matter what he does.

Check out “Freelance” on our Indie playlist!