In the past, we’ve already mentioned the criminally underrated independent music scene in Thailand.

Gym & Swim and all of the bands that fall under its influence (each of the members are involved in other music projects there) mostly go unnoticed by the Internet, even though what they’re putting out could easily be mixed into your favorite indie rock playlist. Parinam Music, one of Thailand’s more popular independent labels, is pretty good at picking up-and-coming bands to add to its growing roster. One of the more exciting bands included in that lineup is temp., an indie rock band that’s been active for the better part of two years.

Belonging to the special category of “bands with unnecessary punctuation marks” (see: The Fur., The fin., fun. to name a few), temp.’s sound is best described as cheery, bright, and sunny. Take a listen to their songs “Motel California” (not a cover of the Eagles song) and “Miss Summer” (the name itself should give it away) and there’s no doubt that it’ll brighten up your day. 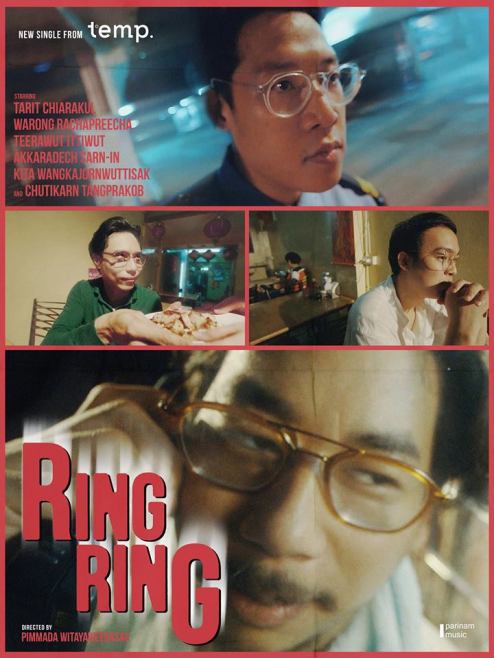 Lately, temp. is on track to release their newest EP, the enigmatically titled Soi Cowboy, next Saturday. But before that date hits, they’ve released their second single “Ring Ring”, a sun-kissed break-up song that’ll leave you feeling more happy than sad. You can blame the chirping, muffled horns for that.

The release of the “Ring Ring” is also accompanied by a cinematic music video in which multiple suitors (members of the band) try and win over a waitress with subtle waves, flowers, and even a heart made out of rice. It’s adorably sweet, even if the sad lyrics (“This is your break-up call / So sorry for your loss / I just don’t love you anymore”) contradict the budding romance that’s being shown on-screen. But who doesn’t love a happy ending? There might be hope for us romantics after all.