That’s a hard question to answer, especially if you don’t really speak Chinese. There’s no doubt that it’s a growing scene (Midnight Ping Pong, for example), but there’s an air of exclusivity to it thanks to that language barrier. For the most part, local Taiwanese artists are only able to tour in China, Hong Kong, or Japan (Japan and Taiwan have remarkably strong ties to each other in the music industry) since otherwise their music would fall upon deaf ears. Think about it: when’s the last time you’ve seen an independent band perform in Mandarin in the states? Even if they manage to get a gig, will people be willing to go? Growth for independent artists in Taiwan is understandably limited, and their popularity is largely contained within the confines of East Asia–making their pool of potential fans even smaller. 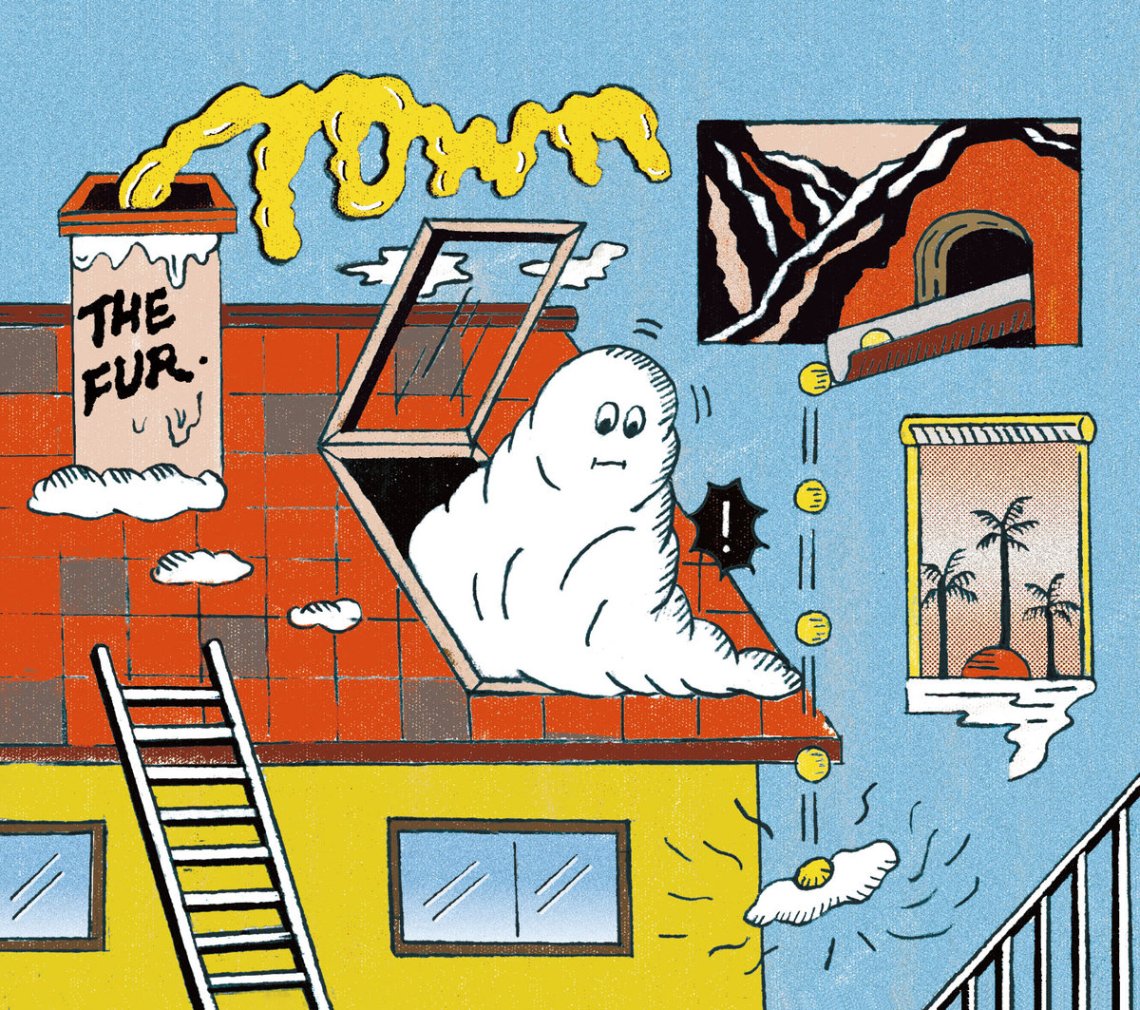 But for artists who are hoping to break those boundaries and become a truly international band, singing in English is the way to go (need we bring up Say Sue Me again?). Perhaps the most popular independent band to come out of Taiwan at the moment is 落日飛車Sunset Rollercoaster, a smooth-rock band that is coincidentally finishing a world tour at the moment. Others have followed suit–Taipei indie rock/shoegaze outfits I Mean Us and Manic Sheep are taking that same path and are early bets for indie stardom. However, the most promising band to make that international leap is southwest Taiwan’s indie-pop band The Fur., whose shimmering debut album Town is bound to turn some heads.

The Fur., a four-piece band whose members include vocalist Savanna, guitarist Zero, bassist Ren, and keyboardist Wen Wen, made their debut with their single “Final Defense“, back in 2016 on a local artists compilation. But although it’s been a year and a half between their debut single and Town, The Fur. hasn’t changed all that much, save the addition of band member Wen Wen and her backing synths. The Fur.’s style, saccharine and playful, already came fully fledged with that first single, and Town is an extension of the starry universe that they hinted at two years prior.

With Town, The Fur. even boldly expands their universe by introducing their own mascot. Monster Terry, The Fur.’s cute/creepy muse (who is probably somehow related to the giant creepy monster in Japanese Breakfast’s “Road Head” MV), has already made a number of appearances throughout their music videos, even showing up at some of The Fur.’s live shows to get the crowd even more involved. But all of these things are just the cherry on top, since Town is good enough to stand on its own.

Dedicated to “Kaohsiung’s summer, sunshine, and blue skies”, Town is filled with leisurely paced, tranquil songs that’ll be sure to get you in a blissful mood. Backed by warm guitar-work by Zero and Ren, lead vocalist Savanna (whose vocals are reminiscent of Lauren Morgan’s (SALES) and Celine Autumn’s (Sobs)) lulls you into a comfortable daze, while Wen Wen’s synths add a layer of fuzz to the whole mix. If there’s one thing that The Fur. knows how to do, it’s create melodies that’ll make you want to lie back and look at the “blue skies” and the clouds passing by.

Album opener “Short Stay” plays with that sense of timelessness, with Savanna repeatedly singing, “A second, a minute, an hour, a day / A week, a month, a year, a decade”. Time doesn’t seem to matter when you’re caught in the warm embrace of The Fur.’s music. “Short Stay” seems to set the tune and the BPM for most of the other songs on the album, with “Messi” and “25” following suit. Town’s interlude “Little Song” is a cloyingly sweet acoustic melody–an example of the coffee-house aesthetic that many indie singers (Taiwan’s Four Pens) have adapted. But it’s not as straightforward as it seems.

There’s an underlying uncertainty bubbling underneath the album if you scour the lyrics, and for the most part most of them are unexplainable. “Sleepwalkers lie down / Broken people are all around / I’ll be waiting in the dark”, goes one line in the supposedly cheery “Little Song”. Another peculiar moment is the final line of the otherwise saccharine-sounding “25”: “If you keep silent / You’d never get the thing you wannna get / Until your body is discovered in the backyard of regrets”. There it is again in the music video for upbeat synthpop jam “We Can Dance”, where Savanna shoots her bandmembers in cold blood on the beach. Perhaps Monster Terry should get co-writing credits on the record.

On the mysteriously named “Avocado Man”, time is revisited again with the lyric, “Everyone grows up without friends / Baby time has gone and now you’re getting colder”. Just like the ephemeral Kaohsiung summers that the album is dedicated to, the dark clouds roll in unexpectedly and force you back to reality towards the end of the album. Likewise, the sound of thunder at the end of “Avocado Man” beautifully transitions into the last instrumental song “Blueberry” before the album almost draws to a close. Town could’ve (and should’ve) ended on the epic, expansive “Blueberry”, but right when the song peters out, it goes straight into a remix of “We Can Dance”. Unfortunately the remix, which tries to fuse Savanna’s vocals to a jazzy-R&B beat, doesn’t work and pales in comparison to the original version that’s already on the album. It ruins what would’ve been a beautiful closing note for the album, and it mucks up the pace of Town. A better choice probably would have been to release it as a single, or to drop it from the album altogether.

Although Town is an overall pleasant listen to brighten up your day, it can be a bit safe and too polished at times. While that’s good, it’s only when it changes up the pace–à la “We Can Dance” and “Blueberry”–that The Fur. starts to shine even brighter as a band. But don’t be surprised if you start to see mentions of The Fur. outside of Taiwan or on one of those boutique “hipster” YouTube channels–you’ll definitely be hearing a lot more from them soon.

Check out some of The Fur.’s songs on our Indie Playlist!