Searching for a break-up anthem that doesn’t result in tear-stained cheeks and a mountain of used tissues? Look no further than Fil-Am music producer Sweater Beats (Antonio Cuna) and Swedish duo Icona Pop’s collaboration “Faded Away”. The bubbly electropop track features an irresistible head-bobbing tune and Icona Pop’s distinctive vocals belting out some low-key bitter lyrics. Despite the dark undertone of the song, Cuna produces an instant pick-me-up with his refreshingly animated beats.

Equally as impressive is the music video starring Sweater Beats’s iconic mascot donning a hooded yellow onesie. Rather than reminiscing about the glory days with (ex) bae, viewers will most likely be fully immersed in the impressive 8-bit world that he creates. The cozied up figure journeys through a neon-drenched cityscape as he attempts to drink away his pain. The intense Street Fighter-esque battle that ensues at the end is sure to leave a lasting impression on even the most broken-hearted. –Clarissa Aben

One of the weirdest YouTube channels I came across this year also eventually became one of my favorites. Featuring a cartoon black and white cat with a gaping mouth and an X shaped belly button, からめる’s channel is chock-full of short animation videos and original music. No translation is needed to enjoy them though–each of the videos are purely visual and universal enough to be understood by all. Although the channel has shifted mainly towards animated content featuring their cat mascot, the first few videos posted on the channel are fully fleshed out, spastic video game music. “ENERGY SYNERGY MATRIX”, the best song posted on the channel, is just one of the many examples of Japanese beat makers at work.

There’s crossover appeal for the little white cat–be sure to keep a lookout for it in the upcoming years.

Time moves at a different pace when you’re in the Bay Area. There’s an innate chill that passes through the region that makes the days seem slow, further aided by the early morning fog that clings to The City every morning. Bay Area shoegaze musician Tanukichan (Hannah Van Loom) seems to reflect these feelings through her music, especially on her song “Perfect”.

Taken from her debut LP Sundays (which was produced by none other than Toro y Moi’s Chaz Bear), “Perfect” is a musical metaphor for the creeping days that pass by up there in Norcal. Drowning her vocals in guitars and reverb, Loom lets her guitars do most of the talking. Loom hits the sweet spot between two contrasting feelings: “Perfect” is sleepy, yet undeniably bright in texture.

When the fog lifts and the sun finally comes through on those lazy days, it’s a sight to behold. “Perfect” is music for those moments when you’re lying down on a hill somewhere, watching those puffy white clouds pass you by. 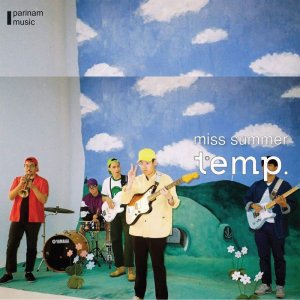 Thailand’s temp. (Don’t forget the dot!) is one of my favorite discoveries of the year. As a four-piece indie rock band, temp. has stood out from the crowd with their carefree demeanour and their bright attitude. Take a listen to any song off of their debut EP Soi Cowboy, and you’re sure to smile. “Miss Summer”, one of temp.’s debut singles, is perhaps the best song to showcase what they’re all about.

“Miss Summer” is just like what the song title suggests—it’s a love song which compares its beautiful recipient to the blazing summertime. With cute lyrics like “Girl you’re too hot for the summertime” or “Cause you drive me crazy, sunshine”, temp. proves that they’re quite the sweet talkers. There’s also an obvious beach vibe to the song that makes it sound like it’s coming straight from the pier itself. The muted trumpet and various horn instruments add a jazzy twist to the song, making it come alive in an instant.

Imagine those vintage beach postcards from California (or Thailand, in this case) that feature those sunset pictures stamped with a “WISH YOU WERE HERE” slogan. If postcards could talk, “Miss Summer” would definitely be the tune that they’re singing.

Taiwanese indie-pop band The Fur. is one of those bands who you hope are going to make it big. After seeing them play live at Taipei’s legendary venue THE WALL with fellow Taiwanese artists Midnight Ping Pong, it’s clear that The Fur. is a band with heart. Choking back happy tears, front-woman Savanna ended their brief set by thanking the many people who supported their debut EP Town even though they’ve had little word of mouth. She also hinted that although their brand of sunny indie-pop music sounded carefree, they were riddled with themes that reflected a melancholic side to their sunny demeanor. That’s exactly the case with EP opener “Short Stay”.

Upon your first listen, “Short Stay” is an enchanting track anchored by lovely synths and Savanna’s crisp vocals. The video for “Short Stay” is exceedingly adorable, showcasing a charming pastel aesthetic that further lends itself to the dreamy mood of the song. However, a closer examination will reveal a story hidden between the lines. A majority of “Short Stay” is focused on time periods (“A second, A minute, An hour, A day / A week, a month, a year, a decade”) which is followed by Savanna sadly singing “Wait, wait, wait”. She continues in the next verse with well-wishes like “take care” and “be safe”, a sign that someone close to her is leaving for an extended amount of time. Coupled with the song title itself, “Short Stay” is a song about longing–despite what everything else might lead you to believe.

“Short Stay” is a depiction of channeled sadness made beautiful, and it’s one of the many things that The Fur. does best.

Even though it’s been a year since producer / DJ Yaeji released her two acclaimed EPs (EP1 & EP2), she hasn’t strayed too far from her signature sound. Her music is usually dark and murky (“New York 93” really emphasises that), with beats that will creep up on you before you notice it. “One More”, the only song that she’s released this year, adds a layer of anger to her understated mix—a dimension that Yaeji’s rarely explored until now.

“One More” burns under a blue flame, simmering but never bubbling over during its runtime. Somehow, Yaeji finds that delicate balance between mellow and full out annoyed, making for a song that’s very low key in its message. That said, “One More” is still a jam—going from eerie to bouncy in mere seconds.

Let yourself be guided by Yaeji’s airy vocals to the dance floor—you’ll definitely want one more by the end of this song.

A few seconds into yahyel’s music video for “TAO” and you’ll start to wonder what exactly it is you’re looking at. Is it a piece of abstract art? An electrical outlet? A strange yellow box? It isn’t until the 30 second mark that you finally get your answer: it’s a light fixture on the ceiling. As it turns out, the video places you in the POV of a body being dragged through a hallway in an abandoned warehouse. With that, “TAO” immediately opens with a sense of trepidation and a low-building anxiety that doesn’t let up until the choked exhale at the climax a near four minutes later.

Yahyel, an five-piece indie pop band from Japan, is not new to the music scene; they’ve been making their rounds around their country since 2015. However, “TAO” is the song that is bound to get them noticed–it’s dark, brooding, and just plain creepy. Filled to the brim with murky synths, whispery vocals, and a seven-note melody that’ll stay with you long after the song has been turned off, “TAO” is an uniquely ghastly take on indie pop. 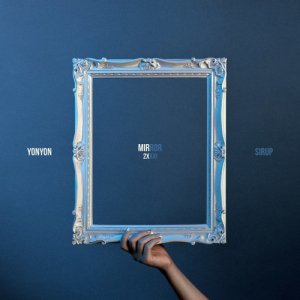 Tokyo-based Korean DJ YonYon is still a relative unknown in the states, but she’s accomplished a lot within Tokyo and Seoul in the few years that she’s been active. As one of the few rising female DJs in the mostly male-dominated genre, YonYon has been a major advocate in promoting more female artists like herself to take the stage, helping kickstart a project called “Bae-Tokyo” in order to accomplish that goal. While all of that is great, the important question is whether or not YonYon’s own work holds up on its own. Luckily, “Mirror” is a head-turner.

Combining R&B and hip hop elements into her mix, “Mirror” is a slice of chill pop that sounds best when blasting from a bass-heavy sound system. Japanese indie-pop artist SIRUP drops by for a few verses, coolly rapping over YonYon’s beats with ease. It’s an interesting move, especially since so many DJs prefer to use female vocals instead of male ones for their songs.

What’s even more surprising is YonYon unexpectedly showing up on the track herself–her vocals harmonize with SIRUP’s and adds another dimension to an already well-infused mix. With “Mirror”, YonYon proves her many talents many times over, showcasing her singing, rapping, and mixing skills. Is there anything she can’t do?

Malaysian rapper Zamaera first stunned the world with her viral release, “Helly Kelly”, back in 2017. It was a video that spawned a number of reaction videos, articles, and think-pieces crowning Zamaera as the hottest new artist in Malaysian rap. These publications had a good reason for doing so–rarely have I ever seen an artist possess such a radio-ready flow in their first go. After dropping a Malay song and another single in the year following “Helly Kelly”, Zamaera released “Z vs Z”, a track that’s slowly been pushing her back into the public eye.

“Z vs Z” is Zamaera at her best. She’s again showcasing her signature jab-like flow, flitting in and out of her verses on a whim. But instead of solely choosing to work with hip-hop beats in her song, Zamaera opts for a more classical arrangement. Piano, violins, and drums make up the core backbeat of “Z vs Z”, allowing Zamaera’s verses to shine even brighter thanks to the sharp contrast between hip hop and orchestral. The way that she bites on her words injects attitude into every single sound she utters, while the backing strings bring out the heart and soul that she puts into the song. “Z vs Z” has both a bark and a bite.

And when it all comes together, the result is nothing less than astonishing.

Japanese synthpop artist ZOMBIE-CHANG (Meirin Yung) makes some strange, unconventional songs, establishing herself as an artist to watch for many news publications for her first two releases. However, on her third album PETIT PETIT PETIT, Yung dials up that randomness by choosing to sing about love, lemonade and onion slices–the most logical combination of items. But it’s the fourth song on that album, “Mona Lisa”, where all of those random elements fit together perfectly to create a highly addictive pop song dedicated to none other than Leonardo Da Vinci’s Mona Lisa.

“Mona Lisa” is a wonky, dancey indie-pop song that of course makes no sense to those who don’t speak Japanese. But taken as it is, “Mona Lisa” is bizarre and funny enough to stand on its own. Why exactly is Yung singing about Mona Lisa, and why her? A quick Google translate lends little to no help. The visual accompaniment, which shows Yung exercising poorly on gym equipment is even more of an enigma. At one point she even flies to the moon(?) and wobbles back and forth unnaturally to the song’s beat.

Here’s a nifty Spotify playlist, if you want to stream all 50 songs on the go!

*the only song omitted is “ENERGY SYNERGY MATRIX”, because it is not on Spotify.

All song descriptions were written by Li-Wei Chu, unless otherwise noted.